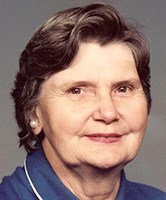 UPCOMING SERVICE
Memorial service
Oct, 23 2021
11:00a.m.
main sanctuary of East Liberty Presbyterian Church
Send Flowers
Jane Free Sampson was 94 years of age when she died peacefully Thursday, Aug. 15, 2019. Relatives, friends, and all those wishing to pay their respects to Jane Free Sampson are invited to attend her memorial service. The service has been planned for Saturday, Oct. 23, 2021. It will be held at 11 a.m. in the main sanctuary of East Liberty Presbyterian Church, 116 S. Highland Ave. All are invited to attend a reception at the church immediately following the memorial service. She was most recently residing in Austin, Texas, and formerly of 624 Ravencrest Road, Pittsburgh. Jane is survived by Pat Free, the wife of her brother, Spencer Michael Free; son, Robert and his wife, Debra; and daughters, Virginia Sampson, and Barbara Quick and her husband, Rodney. Jane's grandchildren are Jennifer Jerman, Spencer Sampson, Eliza Ornelas, Gerrit Wheeler, Katherine Dalman and Rebecca Sampson. Her great-grandchildren are Savannah, Noah and Sydney Jerman, Willow Jane Cespedes, Cora and Hunter Dalman. Jane was born in Greensburg, and spent the majority of her life raising her three children in O'Hara Township. She was ordained as a Presbyterian elder in 1979 and served as moderator of the Pittsburgh Presbytery in 1985. She and her husband, Robert, of 64 years, who preceded her in death in 2015, were active members of Central Presbyterian Church in Austin, Texas, East Liberty Presbyterian Church, and Fox Chapel Presbyterian Church in Pittsburgh. As a couple, they worked tirelessly to support society's less privileged individuals through their work in soup kitchens, food pantries and men's shelters, and were co-founders of the Good Samaritan worship services at East Liberty Presbyterian Church. In 2004, they were recognized as Community Champions and received the Mary Rieger-Chislaghi Friend of the Poor Award for Outstanding Commitment, Dedication and Service to the Community. Jane was a lifelong sports fan, particularly for the Penn State Nittany Lions, Pittsburgh Pirates and Steelers, following in the footsteps of her father, Spencer Michael Free, Sr.
Published by Fox Chapel Herald on Oct. 14, 2021.
To plant trees in memory, please visit the Sympathy Store.
MEMORIAL EVENTS
Oct
23
Memorial service
11:00a.m.
main sanctuary of East Liberty Presbyterian Church
116 S. Highland Ave., PA
MAKE A DONATION
MEMORIES & CONDOLENCES
0 Entries
Be the first to post a memory or condolences.