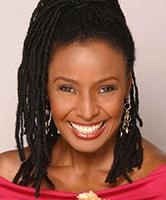 BORN
1949
DIED
2020
FUNERAL HOME
Frank Kapr Funeral Home Inc
417 W Pittsburgh St
Scottdale, PA
Barbara Elaine "B." Smith, 70, passed away peacefully at her home Feb. 22, 2020, in New York City, N.Y. She is the daughter of the late William and Florence (Claybrook) Smith. Barbara was born Aug. 24, 1949, in Everson. She began her distinguished career as a ground-breaking fashion model, gracing the covers of 15 magazines and becoming one of the first black women on the cover of Mademoiselle in July 1976. She owned three B. Smith restaurants in New York and Washington, D.C. For decades, Barbara hosted the nationally syndicated/cable television show, B. Smith with Style and made frequent appearances on popular national morning shows. Her flair for decor, demonstrated in the ambiance of her restaurants, led to the development of the B. Smith with Style Home Collection, which is the first line from a black woman to be sold at a nationwide retailer. Barbara was also the first Black woman with a national lifestyle magazine, B. Smith Style, and she authored several books. She is a multiple award-winning recipient across a wide range of fields who is dearly loved by many. In 2013, at the age of 64, she was diagnosed with early-onset Alzheimer's disease. She and her husband worked tirelessly to raise awareness of the disease and its effect on the African-American community in particular. In addition to her parents, Barbara was preceded in death by her brother, Gary Smith. She is survived by her husband, Dan Gasby; stepdaughter, Dana Gasby; two brothers, Ronald Smith and Dennis Smith; a nephew, Ronald Smith Jr.; four nieces, Danyel Lantz, Leslie Smith, Lauren-Michelle Smith and Karlye Snowden; two sisters-in-law, L. Denise Smith and Lois Smith (Lois has since passed away June 21, 2021), and a host of extended relatives. The family will hold a private graveside service Saturday, July 24, 2021, in the Scottdale Cemetery, next to her parents. Funeral arrangements for Barbara have been entrusted to the FRANK KAPR FUNERAL HOME INC., of Scottdale. To send condolences or sign the guest registry, please visit www.kapr.com.
To plant trees in memory, please visit our Sympathy Store.
Published by Tribune Review from Jul. 22 to Jul. 23, 2021.
MEMORIAL EVENTS
Jul
24
Graveside service
Scottdale Cemetery
, PA
Funeral services provided by:
Frank Kapr Funeral Home Inc
MAKE A DONATION
MEMORIES & CONDOLENCES
Sponsored by Frank Kapr Funeral Home Inc.
4 Entries
My heartfelt condolences to the family. Chuck Mance
Chuck Mance
July 24, 2021
Love and prayers, Ted
Averbach family
Friend
July 23, 2021
My sympathies to family and friends! What a great person she was!
Carol cassler
July 23, 2021
Now you are with Jesus!
Victor Mercado
Friend
July 23, 2021
Showing 1 - 4 of 4 results