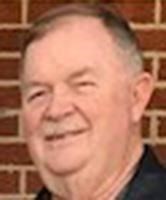 FUNERAL HOME
Frank F. Gigler Funeral Home
2877 Leechburg Rd
Lower Burrell, PA
Dennis Luke, 78, of Lower Burrell, passed away Tuesday, Oct. 12, 2021. He was the son of the late George and Annamae Luke. After graduating from Ken High, he attended Slippery Rock College and obtained his master's in business from the University of Pittsburgh. He retired from Gulf Research as the director of corporate real estate, eastern division. He was a jack-of-all-trades. There was nothing he couldn't build or fix. He instilled a love for family and animals in his whole family. His favorite pastime was visiting on the porch with the dogs. He enjoyed camping, traveling and spending winters in Florida with his high school sweetheart, who he had been with since they were 18. His summers were dedicated to spending time with his four grandchildren. He is survived by his beloved wife of 57 years, Elizabeth (Reifschneider) Luke; he was the dear father of Scott (Beth) Luke, of New Kensington, Amy (John) Rockwell, of Lower Burrell, and Jeremy (Carla) Luke, of Lower Burrell; also survived by his beloved grandchildren, Emily Rockwell, Morgan Rockwell, Brayden Luke and Wyatt Luke; and his special dog, Charlie. Family and friends will be received from 2 to 4 p.m. and 6 p.m. until the time of service at 7:30 p.m. Thursday at the FRANK F. GIGLER FUNERAL HOME INC., Robert P. Karish, supervisor, 2877 Leechburg Road, Lower Burrell, PA, 724-335-6500. Burial will be private for the family at Greenwood Memorial Park. www.giglerfuneralhome.com.
Published by Tribune Review on Oct. 13, 2021.
To plant trees in memory, please visit the Sympathy Store.
MEMORIAL EVENTS
Oct
14
Service
7:30p.m.
Frank F. Gigler Funeral Home
2877 Leechburg Rd, Lower Burrell, PA
Funeral services provided by:
Frank F. Gigler Funeral Home
MAKE A DONATION
MEMORIES & CONDOLENCES
Sponsored by Frank F. Gigler Funeral Home.
2 Entries
My sincere sympathy to the Luke family. I grew up on Earl Avenue and remember Denny very well. He was always riding around the neighborhood on his motor scooter. Good memories.
Joe Lettrich
Friend
October 13, 2021
Dear Scott and Beth Ann, you have our deepest sympathy on the passing of Scott's father. Prayers are going your way. Aunt Sandy
Sandra Mattern
October 13, 2021
Showing 1 - 2 of 2 results