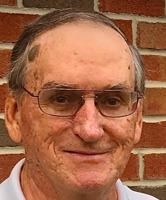 BORN
1945
DIED
2021
FUNERAL HOME
Mason-Gelder Funeral Home Inc
201 N. First St
Jeannette, PA
George A. Myers, 76, of Jeannette, passed away peacefully surrounded by family Friday, Nov. 12, 2021, after a long battle with cancer. George was born in Jeannette June 7, 1945, the son of the late Henry A. Myers and Martha V. Hull. In addition to his parents, George was preceded in death by his sister, Irva Mains; and brothers-in-law, Glenn Shaw and George Mayberry. George was a graduate of Jeannette High School and the University of Pittsburgh and was employed by Elliott Co. in Jeannette for 41 years until his retirement in 2008. George was a champion wrestler in high school and went on to become highly involved in youth athletics and other community programs that provided support and encouragement to kids. George coached both wrestling and track in Jeannette for many years and founded a youth wrestling program for the city, as well as the Jeannette Jetts Track Club. He also served as a mentor to kids as a big brother with Big Brothers Big Sisters of the Laurel Region and through his involvement with Special Olympics of Pennsylvania. George loved the outdoors, especially being in the mountains of northern Pennsylvania, leading him to spend much time at his second home in Leeper. George had a great love of family and enjoyed a large circle of friends that he cherished deeply. George is survived by his wife of 55 years, Penny (Dornin) Myers; daughter, Amy Trow and son-in-law, Eric Trow, of North Huntingdon; daughter, Erin Myers and her partner, Rodney Baldassarre, of Jeannette; grandchildren, Alaina Mastrippolito, of Chesapeake Beach, Md., Heather and Michael Shurina, of Hampton, and Parker Trow and Kathryn Levy, of Pittsburgh; great-grandchildren, Mickey and Ozzy Shurina; sister, Virginia Mayberry, of Chesapeake, Va.; sister, Janet Wurzell and her husband, Jim, of Trafford; sister, Linda Stafford and her husband, Jerry, of El Dorado Hills, Calif.; brother-in-law, Bill Mains, of Jeannette; and many nieces and nephews. Friends will be received Friday, Nov. 26, 2021, beginning at noon in the MASON-GELDER FUNERAL HOME INC., 201 N. First St., Jeannette, followed by a memorial service at 1 p.m. In accordance with George's wishes, there will be no viewing. For protection of all attending, the family is requesting that guests wear masks while inside the building. In lieu of flowers, the family is asking that donations be made to Big Brothers Big Sisters of the Laurel Region, Special Olympics Pennsylvania or another organization of your choice that provides support and encouragement to kids.
Published by Tribune Review from Nov. 23 to Nov. 24, 2021.
To plant trees in memory, please visit the Sympathy Store.
MEMORIAL EVENTS
Nov
26
Visitation
12:00p.m. - 1:00p.m.
Mason-Gelder Funeral Home Inc
201 N. First St P O Box 140, Jeannette, PA
Nov
26
Memorial service
1:00p.m.
Mason-Gelder Funeral Home Inc
201 N. First St P O Box 140, Jeannette, PA
Funeral services provided by:
Mason-Gelder Funeral Home Inc
MAKE A DONATION
MEMORIES & CONDOLENCES
Sponsored by Mason-Gelder Funeral Home Inc.
3 Entries
I was very sad to learn of George's passing. I worked with him at the Elliott Company, and we had "tipped a few" after we retired. He was a good man, and indeed, a good friend. Unfortunately, I will be in Harrisburg during the visitation and service. But, I want to extend my deepest sympathy to his entire family.
Frank J. Boch
Friend
November 25, 2021
Our deepest sympathy to the Myers Family.
Vince and Marilou DeAugustine
November 23, 2021
Penny, I am so sorry for your loss, May George Rest in Peace. He will be missed.
Gloria Bresnan
Friend
November 23, 2021
Showing 1 - 3 of 3 results