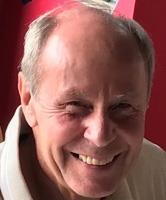 BORN
1948
DIED
2021
ABOUT
Belle Vernon Area High School
FUNERAL HOME
Clyde Brooks Funeral Home Inc
146 Municipal Building Rd
Melcroft, PA
Richard Thomas "Dick" Barron, 73, of Champion, passed at home Monday, Oct. 11, 2021. Born May 23, 1948, in Belle Vernon, Dick was the son of Mildred (Mutich) and Bernard Barron. In addition to his parents, he was preceded in death by a cousin, Ronald Toth, who was like a brother to him. He is survived by his loving sister, Bernadette L. Barron; as well as many cousins and dear friends. Dick was a 1966 graduate of Belle Vernon Area High School (Belmar) and was very much involved with the class reunions. Dick served in the Army, 32ndArtillery, with active duty in Vietnam in 1968 and 1969. He was awarded the Army Commendation Metal for meritorious service. He was a member of the Donegal Veterans of Foreign Wars and was a very proud supporter of the Wounded Warrior Project. He was an initiator of the Wounded Warrior Patrol Program at Seven Springs, inviting veterans and their families to the resort for vacations. After returning from the Army, Dick joined the family and staff at Seven Springs at the ski patrol where he later became director. He dedicated 50 years of loyal service on the mountain. His induction into the Pennsylvania Winter Sports Hall of Fame in 2014 was a culmination of his many years of service to the Pennsylvania and National Ski Patrol. Everyone who met Dick became his friend, and he was a mentor to many. It may have been cold on that mountain, but a smile from Dick Barron would always warm your heart. Dick's love and remarkable eye for the outdoors turned into an acclaimed landscaping business, and, with his sister, they formed Barron's Landscaping and Floral, which provided much beauty to the Laurel Mountains. Dick's next adventure was converting an old barn into Barron's Red Silo on his majestic farmlands. It has become one of the most sought-after event venues in the Laurel Mountain. There will be no public viewing or services. Memorial contributions may be made if desired to the Wounded Warrior Foundation. Arrangements MARK C. BROOKS FUNERAL HOME INC., 146 Municipal Building Road, Melcroft. www.brooksfhmelcroft.com.
Published by Tribune Review on Oct. 13, 2021.
To plant trees in memory, please visit the Sympathy Store.
MEMORIAL EVENTS
To offer your sympathy during this difficult time, you can now have memorial trees planted in a National Forest in memory of your loved one.
Funeral services provided by:
Clyde Brooks Funeral Home Inc
MAKE A DONATION
Please consider a donation as requested by the family.
MEMORIES & CONDOLENCES
Sponsored by Clyde Brooks Funeral Home Inc.
10 Entries
Bernadette, we are so sorry to learn of the loss of your beloved brother. May he rest in peace and his memory be eternal.
Gary and Melony Musgrave
October 15, 2021
Gosh Bernie...Mother and I just want to wrap you in a big hug and never let go! Lots of love and prayers!
Zoe Roberts and Beula Prinkey
October 14, 2021
Dear Bernie, I want to express my deepest sympathies and prayers to you. I haven' been around much the last few years but my heart is in the mountains. When I heard that Dick had retired. I expressed to my daughter that I needed to be there for the retirement dinner. Dick was such a good friend for so many years. I can see his infectious smile that always made people feel happy. He was truly a grand fellow. With my deepest sympathies, love Carole. Take care of yourself. Be good to your self
Carole Nicolella and family
October 14, 2021
Please accept my dearest sympathies. My father served on the patrol with Dick and he was a treasured friend him. As both a child and later adult, there is not a time I chatted with Dick that didn't bring comfort and ease to my spirit. He will have a special place in my memory.
Stephen Gardner
Friend
October 13, 2021
So sorry for your loss Bernie, prayers for you and all your family. What a Great man he was!
Robin Mickelson
Work
October 13, 2021
Bernie and family, So, so, so sad!!!!!!! One of the best highlights of my visits back home to "the Springs" was seeing Dick, (and you.) We will miss him greatly. Love, Helen and Eric
Helen and Eric Durfee
Friend
October 13, 2021
What a loss! I have know Dick from the 60's at Seven Springs! He was a great person willing to help everyone. When I was on the Patrol and later Director of the Ski School we would talk almost daily on what we could do for the mountain. I hadn't see him in years, I know he has never changed. My deepest sympathy tp Bernie and the family in these difficult times! I know he is skiing the Champagne Power in heaven! Gods speed Dick you will be missed.
Gerry Klimo
Work
October 13, 2021
Hi Bernadette, I have worked for Wilkinson's Nursery for many years. You and I have spoken on the phone though we've not met. I always loved when your brother would visit to purchase plants. Never saw him without that amazing smile on his face it was infectious. We have missed him since he retired from 7 Springs. And will miss him more now that he has passed. My heart is heavy for you and all who knew and loved him. God Bless!
Angela Iezzi
Work
October 13, 2021
So sorry for your loss! He was always very nice to me. I will miss him.
Linda Blaine
Friend
October 13, 2021
Bernadette I was so saddened to learn of Dickies passing. I can´t believe I was just thinking of when us kids would pick cherries from the tree after climbing on roof of the outdoor building. So much fun and laughter as kids. I was just taken by surprise since he was just in my thoughts. You have my sincere sympathy. May he RIP!
Cindy Igoe Basile
Friend
October 13, 2021
Showing 1 - 10 of 10 results