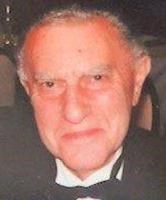 BORN
1936
DIED
2021
FUNERAL HOME
Giunta-Bertucci Funeral Home Inc.
1509 Fifth Avenue
Arnold, PA
Angelo Gabriel Bruni Sr., 84, of New Kensington, died Tuesday, Oct. 12, 2021, at Allegheny General Hospital, Pittsburgh. He was born Nov. 7, 1936, in New Kensington, son of the late Homer Amadeo and Letizia "Lil" (Greco) Bruni. He was the husband of the late Donna Lee (Connors) Bruni, who died in 2018. Besides his wife and parents, he was preceded in death by a son, Samuel Bruni. He was a member of Mt. St. Peter Roman Catholic Church, New Kensington, and the Holy Name Society of the church. He was also a member of the Sons of Italy, the Knights of Columbus and the American Legion. He graduated from Ken Hi in 1954, St. Vincent College in 1959 and received his master's degree from the University of Pittsburgh in 1968. He was a proud Army veteran. A lover of music, he played the French horn in various community bands. His career as a teacher began with the last graduating class at Tarentum High School and taught the first class of Highlands High School in 1968, where he worked as a teacher and administrator for 35 years. He served on the Brackenridge Council for several years. During his early working years, he was employed by Ken Kamera and Kmart in New Kensington, and also worked for Allegheny County Health Department as an inspector. It was this occupation that provided him the opportunity to meet his future bride, Donna, during a lunch date in Tarentum. Together they raised a family that he considered to be his greatest accomplishment. Survivors include four sons, Angelo G. Bruni Jr., of New Kensington, Anthony D. (Kellie Abbott) Bruni, of New Kensington, Vincent N. Bruni, of New Kensington, and Benjamin M. (Jennifer) Bruni, of Plum; two daughters, Rachel C. (Francois) Beaudry, of Gatineau, Quebec, and Christina L. (Christopher) Bolcato, of New Kensington; two daughters-in-law, Erin Moore-Bruni, of Pittsburgh, and Nancy Matteuzzi, of Plum; and 15 grandchildren, David, Madison, Mary, Sarah, Morgan, Lucie, Simon, Naomi, Ava, Aria, Angelo, Elijah, Zechariah, Leo and Amadeo. He is also survived by two brothers, Richard (Arlene) Bruni and Frederick Bruni, and many beloved nieces, nephews and cousins. The family would like to thank Allegheny Valley Hospital, Allegheny General Hospital and his caregiver, April, from Care at Home. Friends will be received from 2 to 4 and 6 to 8 p.m. Friday in the GIUNTA-BERTUCCI FUNERAL HOME INC., 1509 Fifth Ave., Arnold, JohnPaul Bertucci owner/supervisor. Prayers of transfer will take place at 9:30 a.m. Saturday in the funeral home, followed by a funeral Mass at 10 a.m. in Mt. St. Peter Roman Catholic Church. Burial will be at St. Mary's Cemetery in Lower Burrell. Due to CDC guidelines, the wearing of masks is encouraged. To leave an online condolence, visit www.giunta-bertucci.com.
Published by The Valley News Dispatch on Oct. 14, 2021.
To plant trees in memory, please visit the Sympathy Store.
MEMORIAL EVENTS
To offer your sympathy during this difficult time, you can now have memorial trees planted in a National Forest in memory of your loved one.
Funeral services provided by:
Giunta-Bertucci Funeral Home Inc.
MAKE A DONATION
MEMORIES & CONDOLENCES
Sponsored by Giunta-Bertucci Funeral Home Inc..
14 Entries
I think this is the teacher that started the alternative education, at highlands back in the 70´s. If so, I´ve never forgot him, and how much he helped me. Sorry I never got the chance to tell him.
Mark crawford
October 15, 2021
Christina and family, I'm so sorry for your loss. You will be in my thoughts and prayers. May your dad rest in peace. +
Diane Feroce
October 14, 2021
My heartfelt sympathy to the entire Bruni family. I worked with Ang while he was a council member for the Brackenridge Borough. Mr. Bruni was a genuine person whom I am honored to have worked with him.
Kristen Geyer Cernicky
Work
October 14, 2021
My condolences to the entire Bruni family. My thoughts are with you.
Bethany Dober
October 14, 2021
Very sorry to hear of Mr. Bruni's passing. He was a very thoughtful and sincere individual. I remember him as a great teacher and later colleague. I enjoyed my numerous opportunities to speak with him. He will be missed. My sincere condolences to his family and friends.
Tim Kaczmarek & Family
Work
October 14, 2021
May God bless the entire Bruni family. If my parents (your Uncle Floyd and Aunt Ellie) were here, they would have many stories to tell!
Monica Greco Goodwill
October 14, 2021
My condolences to the Bruni family. Mr. Bruni was a wonderful and kind man. I have fond memories of watching him take his grandchildren, of who he loved dearly, for a walk on the block that we lived on. And I can´t forget those long hours of working with him at the voting precinct in Parnassus. He helped the hours go faster and smoother by telling us stories about his children and grandchildren always having all of laughing. May he rest in the arms of Our Lord and Saviour, Jesus Christ.
Cheryl King
Other
October 14, 2021
To Angelo and the entire Bruni family, I am so sorry for your loss.
Celeste Chada
Friend
October 14, 2021
...always a friend during my career at Highlands, Ang was always available for good advice and laughter. Farewell.
Len Hornyak
Work
October 14, 2021
Angelo, Sorry to learn of your Dad's passing. Eternal rest grant unto him, Oh Lord, and let perpetual light shine upon him. Michael Lukac (VHS '85)
Michael Lukac
October 14, 2021
An absolutely wonderful person and educator. 20 years later and I still apply things he taught me in his Journalism course.
Joshua Allenberg
School
October 14, 2021
Our deepest sympathy to the entire Bruni family. We have fond memories of Angelo. May he rest in peace.
Debbie & Joe Lettrich
Friend
October 14, 2021
So many of us will be touched with the profound sadness of this loss.
S. Andrew
Work
October 14, 2021
Dear Richard and family members-my deepest sympathy on the loss of Angelo from this world to the better place in Heaven
Kathy Bogin
Other
October 14, 2021
Showing 1 - 14 of 14 results