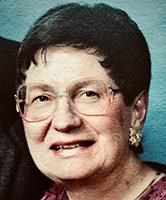 BORN
1934
DIED
2021
FUNERAL HOME
Jeff Mantini Funeral Home
701 6Th Ave
Ford City, PA
Janet M. (Mechling) Cippel, 87, of Ford City, passed away Saturday, Oct. 9, 2021, peacefully at her home. Janet was born June 26, 1934, in Ford City, the daughter of Walter Benjamin and Florence Mae (Wolfe) Mechling. She was a lifelong resident of Ford City, graduating from Ford City High School in 1952. After high school, Janet was employed as a secretary for the Ford City Union School District, eventually advancing to the position of executive secretary for Superintendent Dr. Willis A. Baum. Janet married her sweetheart Joseph Cippel April 18, 1959. Janet and Joe were married 59 years until Joe's passing in October 2018. Janet was the secretary/treasurer of Klingensmith's Drug Stores Inc. which she owned with her husband, Joe. She worked in the company office, assuming multiple roles for many years until retiring in the late 1980's. Among her other duties, Janet raised three children, Colleen, David and Joe Jr. Raising her children in the 1970's, she enthusiastically embraced discipline and could resolve conflicts swiftly often with minimal negotiation. She was also a meticulous housekeeper and took great pride in her annual spring cleaning. She also enjoyed working in the yard and tending to her flowers, but her favorite task was caring for her four miniature Schnauzers over a span of 50 years. Janet was an avid sports fan and supported all the Pittsburgh sports teams. In January 1976, she and Joe attended Super Bowl X in Miami when the Steelers defeated the Dallas Cowboys. Beginning in the mid-1990's and for next 21 years, she and Joe thoroughly enjoyed spending the winter months at their home in Moss Creek (Hilton Head, S.C.). Janet was always taking care of something or somebody. She loved to laugh and wore a smile every day in her many roles: mother, daughter, wife, niece, aunt, cousin, grandmother, neighbor and friend. She will be sadly missed. Janet is survived by her daughter, Colleen Cippel; sons, David (Lisa) Cippel and Joseph Jr. MD (Paula) Cippel, all of Ford City; grandchildren, Steven, Matthew, Joseph III, Charles, Adam and Emma, all of Ford City; one brother, Richard Mechling, of Buford, Ga.; nieces, Joan Hess, of Delmont, and Leslie Liebmann, of Greensboro, N.C., and nephew, Kurt Mechling, of Lawrenceville, Ga. In addition to her parents, Janet was preceded in death by her husband, Joseph, siblings, Georgia Martin, Josephine Montgomery and Fred Mechling; and granddaughter, Anna Katherine Cippel. Visitation will be from 4 until 8 p.m. Thursday, Oct. 14, 2021, at the MANTINI FUNERAL HOME, Ford City. A prayer service will be held at 9:30 a.m. Friday, Oct. 15, at the funeral home, followed by a Mass of Christian Burial at 10 a.m. in Christ Prince of Peace Church, Ford City, with Monsignor John Cippel officiating. Interment will be at St. Mary's Cemetery. The family requests any donations be made to The Divine Redeemer Catholic School, 726 Fourth Ave., Ford City, PA 16226.
Published by The Valley News Dispatch from Oct. 12 to Oct. 13, 2021.
To plant trees in memory, please visit the Sympathy Store.
MEMORIAL EVENTS
Oct
14
Visitation
4:00p.m. - 8:00p.m.
Jeff Mantini Funeral Home
701 6Th Ave, Ford City, PA
Oct
15
Prayer Service
9:30a.m.
Jeff Mantini Funeral Home
701 6Th Ave, Ford City, PA
Oct
15
Mass of Christian Burial
10:00a.m.
Christ Prince of Peace Church
Ford City, PA
Funeral services provided by:
Jeff Mantini Funeral Home
MAKE A DONATION
MEMORIES & CONDOLENCES
Sponsored by Jeff Mantini Funeral Home.
4 Entries
Colleen, David, Joe and families, So sorry to hear about the passing of your Mom. I have fond memories of hanging in the "hood" while visiting my Huet cousins, plaing some ball, swimming in your pool etc. Your Mom was always around making sure we were behaving. Praying for God to comfort you and bring you peace and healing during this difficult time.
Joan Minarcin Flinko
October 14, 2021
May God bless you and your family in this time of sorrow. Our deepest sympathy.
Betty Retzer and family
October 14, 2021
Please accept our deepest sympathies for your loss. Janet will be missed by many.
The Nairn Family
Friend
October 13, 2021
May your hearts soon be filled with wonderful memories of joyful times together as you celebrate a life well lived.I'm sure Joe was happy to be reunited with his loving wife.
The Reitlers
October 11, 2021
Showing 1 - 4 of 4 results