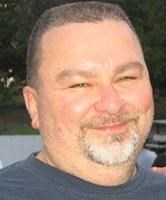 BORN
1961
DIED
2021
ABOUT
Burrell High School
FUNERAL HOME
Rusiewicz Funeral Home - Lower Burrell
3124 Leechburg Road
Lower Burrell, PA
John M. Smicik, 59, of Upper Burrell, died Monday, Nov. 22, 2021, in UPMC Presbyterian Hospital, Pittsburgh. He was born Dec. 23, 1961, in New Kensington, to the late John and Sophie C. Dombroski Smicik and was a lifelong resident of Upper Burrell. John was a 1979 graduate of Burrell High School and a 1983 graduate of Penn State University. He worked for the United States Post Office for more than 20 years. He was a longtime member of Trinity United Christian Church in Lower Burrell; overseeing the fish frys and homeless ministry; and was also a member of the Men's Group. He would occasionally attend The Rock Church in Spring Church, help out with holiday meals at Lazarus' Tomb in Arnold and was an avid supporter of Maranatha Outreach, in Bradenville. In his younger days, John was most often found on an adventure with the Shamrock's Marching Band of Upper Burrell. In his most recent years, his favorite pastime was taking his GrandBlessings on adventures of their choosing! Along with his wife of 21 years, Crystal D. Dunkle Smicik, he is survived by two daughters, (Brandon) & Devyn Shaffer, of New Kensington, and (Ricky Manuel) and Symantha Smicik, of Renfrew; his sister, Elizabeth (Betty) Beestrice, of Upper Burrell; his sister-in-law, (Mike) and Debi Huselton, of Akron, Ohio; four GrandBlessings; and three nieces and two nephews. John was preceded in death by his parents, his brother, Richard (Dick) Smicik, two brothers-in-law, William (Bill) Beestrice and Loyal V Dunkle, and his unborn granddaughter. Friends will be received from 6 to 8 p.m. Friday and from 1 to 3 and 5 until time of funeral service at 7 p.m. Saturday with Elder Ross Macklin officiating at RUSIEWICZ FUNERAL HOME, 3124 Leechburg Road at Alder Street, Lower Burrell, PA 15068. In lieu of flowers, send donations to Maranatha Outreach, c/o Richard Reese, P.O. Box 184, Bradenville, PA 15620. www.RusiewiczFH.com.
Published by The Valley News Dispatch on Nov. 24, 2021.
To plant trees in memory, please visit the Sympathy Store.
MEMORIAL EVENTS
To offer your sympathy during this difficult time, you can now have memorial trees planted in a National Forest in memory of your loved one.
Funeral services provided by:
Rusiewicz Funeral Home - Lower Burrell
MAKE A DONATION
MEMORIES & CONDOLENCES
Sponsored by Rusiewicz Funeral Home - Lower Burrell.
2 Entries
Very sorry to hear of John's passing. We started the Post Office in March 1997, and worked together on the same crew his last 5 years of employment. Always a great sense of humor(he called me "Aaron the Beer Man," and "Captain Morgan", as I keyed with my keypad raised high. ) John's kindness was 2nd to none! I was always very impressed at him going to downtown Pgh. to feed the homeless in all types of weather, quite a distance from New Kensington, in addition to his regular Church activities. John brought a lot of life to the Post Office, and is greatly missed since his Retirement. May he rest in peace.
Aaron Berman
November 29, 2021
My husband knew Johnny all Johnny´s life. I had the pleasure of meeting his mom when we would go to bingo. I was very shocked to learn of his passing . I am so sorry for your loss. May God Bless You And You´re Family. My thoughts and prayers are with you
Mary Marsh And Family
Friend
November 24, 2021
Showing 1 - 2 of 2 results