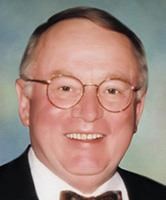 BORN
1937
DIED
2021
FUNERAL HOME
Beinhauer Family Funeral Homes
2820 Washington Road
McMurray, PA
UPCOMING SERVICE
Visitation
Jul, 31 2021
3:00p.m. - 4:00p.m.
Beinhauer Family Funeral Homes
Send Flowers
William G. Sekeras, 84, of Upper St. Clair, passed away peacefully, surrounded by his family, Thursday, July 15, 2021. He was the beloved husband of Kathleen Sekeras; loving father to Sue Miriani, Kellie Bagaris and Megan Raffaele; and proud grandfather to Ally Miriani, Mandy Miriani, Anna Miriani, William Johnson and Mitchell Johnson. He was the son of the late Stephan and Dorothy Sekeras; and loving brother to Bob Sekeras and sister, Jean Ward. William graduated from Tarentum High School in Tarentum in 1955 and attended Penn State University with an academic scholarship. In college he enjoyed golf, tennis and his fraternity, Alpha Chi Sigma. He created lifelong friendships within his fraternity. William earned a bachelor's degree in ceramic engineering and graduated with honors. After graduating from Penn State, he started a career at Harbison-Walker Refractories where he stayed employed for 33 years, retiring as president. William had a feverish work ethic and was a driven leader who was stern but fair. William met the love of his life in Kathleen Connolly in 1963 while living in Philadelphia. He cherished and adored her, and they were happily married for 57 years. He looked at her with adoration until the end. She was his "Darling." Bill was a force of nature who was determined to provide for his family and give them the life that they deserved. His family meant more to him than anything else in the world, something he often mentioned. He was unendingly proud of his daughters, Suzan, Kellie and Megan, and always supported them. No matter what the situation was, he would drop everything to help his family. Bill was also passionate about golf, tennis and traveling with his family. He could often be found on the golf course when he was not home. His body endured so much for a long time but never stopped him from fighting to live until the very end. He never complained, and a typical response from William in the past several years was "I'm fine," even when he was in the hospital. He taught his family to persevere and never give up. A visitation will be held from 3 to 4 p.m. Saturday, July 31, followed by a memorial service from 4 to 5 p.m. at BEINHAUER FAMILY FUNERAL HOMES, 2828 Washington Road, McMurray, PA 15317.
To plant trees in memory, please visit our Sympathy Store.
Published by The Valley News Dispatch from Jul. 18 to Jul. 21, 2021.
MEMORIAL EVENTS
Jul
31
Visitation
3:00p.m. - 4:00p.m.
Beinhauer Family Funeral Homes
2820 Washington Road, McMurray, PA
Jul
31
Memorial service
4:00p.m. - 5:00p.m.
Beinhauer Family Funeral Homes
2820 Washington Road, McMurray, PA
Funeral services provided by:
Beinhauer Family Funeral Homes
MAKE A DONATION
MEMORIES & CONDOLENCES
Sponsored by Beinhauer Family Funeral Homes Peters Township.
2 Entries
My deepest sympathy to your family. Bill was a kind and friendly classmate. It was clear Bill would be successful in life.
Darla Myford Schriver
School
July 23, 2021 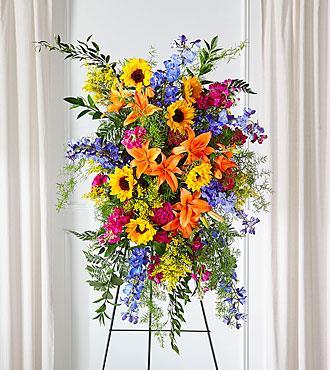